My experience at a dissection workshop

This Issue is Sponsored by

My experience at a dissection workshop.

Krzys arrived at my house in the morning and we set off for the train station and make our way to London.

It was then the nerves kicked in a little. What on earth was I thinking?

We were on our way to look at dead bodies?

What if I faint?

What if I cant handle the smell?

What if I cant handle the site?

What if I feel sick?

Jane had been great with telling us what to expect before we booked. She assured us there would be no blood, and the bodies were previously dissected so we would be able to look at the muscles and touch if we wanted. No pressure to take part if we didn’t want to as we could watch without getting involved.

But still my tummy fluttered a little with nerves and excitement!

How often would you get the opportunities to literally look inside someone’s body at their muscles?

Arriving at the college we met with two friends who had also booked, over lunch sat in the sun we discussed our thoughts on the workshop.

Mostly it was excitement and intrigue.

2 o’clock came quickly and we made our way to meet Jane. There was 14 of us in the lobby. Once registered to make sure everyone was there we followed Jason up to the lab.

My tummy was now strangely calm, as we climbed the stairs we chatted and got to know each other.

Entering the lab was not what I expected. To be honest I’m not sure what I expected but it wasn’t this. It was a large room with many trollies each with a drape over it or metal doors. Nothing was on show. It looked like a typical lab and not as scary as I had built it up in my mind

We were guided to a side area and given lab coats to wear and reminded we might want to get a pen. There was disposable gloves around the lab so if we wanted to touch anything we could put them on first.

A brief talk was given which made me feel very humble. They reminded us how these are human bodies who have kindly donated their bodies for research and how lucky we are to be in this situation. I felt an overwhelming feeling of respect for these people. Very grateful to them for making what I feel is a difficult decision, especially for the family left behind.

We were also reassured that so far no one had fainted or been sick but if we did have any worries or felt strange to sit on the floor and ask for help. Best to sit down before you fall down, not that anyone felt the need.

No cameras were allowed in the lab – when we were first told this I was a little disappointed as we had hoped to film some thing inside the workshop so we could show everyone what it was like but once we were there it felt wrong to have filmed anyway, it felt disrespectful, anyway we were there to learn not film.

Booklets were given out and we walked back into the main area of the lab. Jane as always put everyone at ease and explained how the day would work. Nothing was expected from us, Jane would talk about anatomy and explain what it was before asking us to find it.

We started with bones, showing us a skeleton and we talked about how different bodies are. In the lab the skeletons are made from human bones so we could compare them. It was so interesting to see how different they can be, a scapula for example – they were the same as you would expect but some were slightly different shape or size. Typically we learn about the bones from a skeleton; the one in college had been manmade so all the structures are the same size and shape it was easy to think our bones were the same shape.

She then gathered us around a trolley and pulled back the drape to show us an arm and a leg. Somehow seeing just the limb made it easier for me to accept what we were doing.

It was nowhere near as scary as I’d thought it might be. In fact it wasn’t scary at all!

There were a few trolleys each with one arm and one leg on, we were asked by Jane to find various muscles or bones on the samples, it was amazing to explore different arms or legs and see how the same muscles and bones differed between people.

There was also a torso with the head removed that could be examined. I realise reading this it seems a little wrong maybe but it is hard to get across how much respect these bodies are dealt with.

The lab was quiet, we were all talking but it was so respectful and peaceful. Everyone felt the appreciation to these people who had decided to donate their body.

The smell was ok, I was expecting something stronger and as I have a weak tummy was concerned about it. Every now and again you detected the embalming fluid when looking close to the body but if you looked away the smell eased.

We were able to examine some specimens in the fridges and this had a stronger smell, first of all we tried to look into the fridge at the specimens but the smell was intense so it was better to lift things out to look at them on the trolley. Occasionally one of them had a stronger smell of the embalming fluid and this made my eyes water but the feeling passed quickly.

We were guided by Jane through the day, encouraged to find certain muscles or bones, but we also had some free time to have a look around and look at some samples that were there. There were joints and sections of organs, just so many things I can’t list them all.

I have read many anatomy books which tend to treat muscles one at a time, leading you to think they are quite separate but looking at them it was interesting to see how they aren’t. You could separate them but you got more of an understanding how they work together. We know there are groups of muscles like the quads and hamstrings but it was fascinating see how they are attached to each other.  As I said I cant put it into words well you just have to book on the next workshop!

Once the afternoon workshop came to a close we placed our lab coats back and disposed of our gloves.

The energy could be felt as everyone was so excited and motivated by what we had seen. After speaking to a few people about the experience we agreed it would definitely improve our practice. One massage does not fit all! We are all so different under our skin. Same muscles and structures but seeing how different they can be.

Part of the experience meant we got access to the museum there. It is not open to the public so we were very lucky get this opportunity.

I have never seen so many specimens! It blew my mind!

There was every organ in the body and in various states. Each was coded so you could find out what it presented with. So many disesase and poisons and how they affected each part of the body. There were bones in various states too.

Some were birth defects and others show how the body had been affected by toxins.

By the time we came away we were exhausted. So many new things and our brains had exploded with so many realisations!

The train ride home was a good time to reflect on our day and how much we learned.

I feel I only touched the surface of the experience as I was so worried to begin with it took me a while to settle my head and really focus and explore properly. I am desperate to go back and do the experience again but this time be more prepared about what I want to see. Also to spend longer in the museum and see more specimens.

Roll on next year when we can go again.

Thank you to the lovely Jane Johnson for organising it all.

We filmed a vlog of the day – obviously not in the lab itself – if you would like to take a look click here.

If you get an opportunity to do a workshop like this then please do – it is amazing and will really help in your clinics to understand the body that little bit better. There is only so much you can learn from books and film, getting hands on really is the best way.

Any questions about the workshop or anything you would like us to talk about please get in touch [email protected] we love to hear from you. 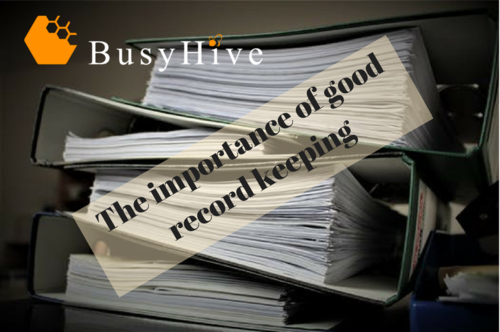 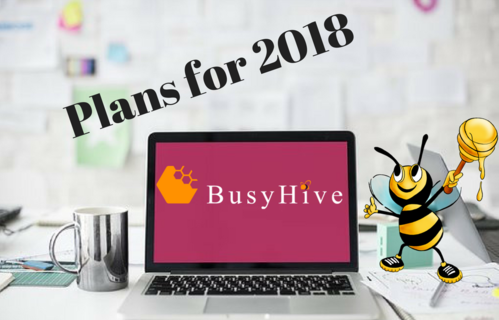